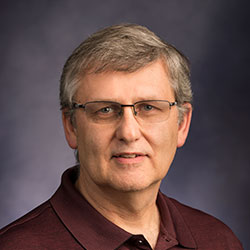 Paul Stackhouse leads the CERES Fast Longwave and SHortwave radiative Fluxes working group and is responsible for the producing, evaluating and distributing global CERES fluxes at both the instantaneous and daily averaged at low latency (goal: less than 1 week of real-time). These products are used for quality control of other satellite products, applied sciences and to support education.

The CERES Fast Longwave and SHortwave radiative Fluxes (FLASHFlux) working group is responsible to transition and optimize CERES subsystems from other working to run at low latency. The includes the production of instantaneous footprint fluxes within 4 days and gridded 1×1 daily averaged fluxes within about 7 days of initial observation. The team oversees the delivery and production of the code with the Atmospheric Sciences Data Center (ASDC) in an operational sense. To achieve the low latency, the team transitions, evaluates, and improves the fast approximate radiative transfer parameterizations developed by the SOFA working group. The resulting data products are distributed via the CERES subsetter, NASA Earth Data and the Applied Science web services portal from the POWER project (https://power.larc.nasa.gov).