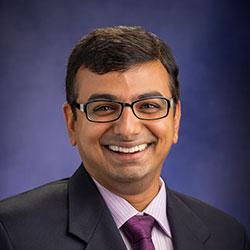 Mohan Shankar is the CERES Deputy Project Scientist who supports the CERES Project Scientist and IWG chair, responsible for (1) the development and implementation of calibration and validation protocols and delivery of all ancillary data to ensure timely availability of Level-1 data products, and (2) monitoring the health and operations of all currently operational CERES instruments.

The Instrument Working Group (IWG) is responsible for monitoring the instrument health, instrument operations, developing instrument calibration and validation protocols and executing them, as well as providing all necessary ancillary data to ensure the availability of Level-0 and Level-1 data products. The responsibilities of this team start before launch and continues throughout the life of the mission. The IWG works closely with the instrument vendor during the instrument build and performance characterization, participates in performance verification prior to, during and after spacecraft integration and is responsible for post-launch checkout followed by mission operations. The team also schedules and executes specific ground or field campaigns as requested by members of the science team.